Home
/
Africa’s transition to hydrogen should be led by Africa

Africa’s transition to hydrogen should be led by Africa 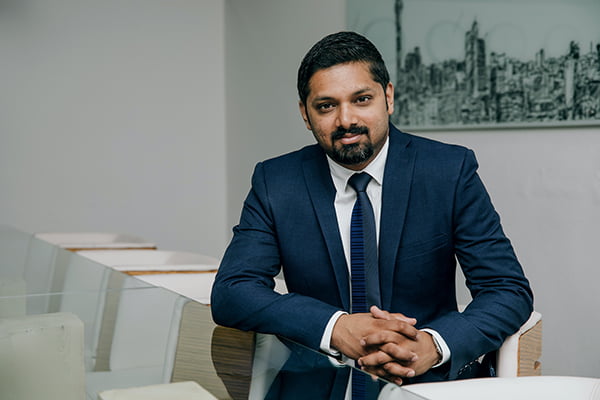 SOUTH Africa’s transition to what has been termed the new gold – the green economy – is set to unlock massive benefits not only for citizens, but for neighbours on the African Continent. However, it will require significant investment in skills development, according to Yershen Pillay, the Chief Executive Officer of the Chemical Industries Education and Training Authority (CHIETA).

“Investing in the hydrogen research economy and successful workforce planning for a hydrogen-ready South Africa is an imperative which has already led to CHIETA embarking on an 18-month research project: A comprehensive study of hydrogen power in SA, which will assist us in supporting the Hydrogen Economy,” said Pillay.

Reflecting on the opportunities ahead of the Hydrogen Africa Conference and Expo which takes place in Sandton on 28 and 29 September, Pillay said the CHIETA study, which is already under way, is being conducted in partnership with research groups and is aimed at not only skills development goals but also government and companies of all sizes within the chemical industries.

“We anticipate that the research would assist in identifying growth areas for skills and economic development,” Pillay added.

The South African Government, through the Minister of Higher Education, Training and Innovation, Dr Blade Nzimande, and the Minister of Trade, Industry and Competition, Ebrahim Patel, are expected to deliver keynote addresses at the conference, outlining government policy in this regard. Diplomats, including Dr. Riina Kionka, the European Union Ambassador to South Africa, and global hydrogen experts are scheduled to speak at the two-day indaba.

The comprehensive study of hydrogen power would focus on collecting and analysing documents, baseline data, and a literature review on the state of the Hydrogen Economy in South Africa. “It will also examine producing a green hydrogen research report that responds to the project’s objectives,” Pillay said.

Furthermore, CHIETA is working on a Green Hydrogen Skills Plan for the petrochemicals sub-sector. “This will allow us to identify the top-10 skills in the green hydrogen economy and close the hydrogen skills gap by ensuring that talent is locally produced.”

One of the CHIETA member companies, Sasol, a key sponsor of the conference, is already playing a leading role in the green hydrogen economy through its research partnership with the Department of Science and Innovation (DSI) and the Northern Cape Economic Development and Investment Promotion Agency (NCEDA). CHIETA plans to collaborate with NCEDA to ensure a well-coordinated and shared response to skills planning for the green hydrogen economy.

The feasibility study for the production of green hydrogen in the Namakwa Special Economic Zone (SEZ) is currently being conducted at Boegoebaai, a port located in the local municipality of Richtersveld. “Sasol hopes to establish the port as a global centre for green hydrogen production as our biggest member company and most significant skills levy contributor. Through projects and initiatives such as Sasol’s Boegoebaai research, a roadmap is being crafted that will stand the chemical industry in good stead and position the country as a global leader in the production of green hydrogen energy.

“As the chemical industry, we have a significant role to play in what is undoubtedly the next step in the evolution of renewable energy, not only on the continent but across the globe,” said Pillay.

As part of the framework, the future will be one of a massive expansion of renewable energy, battery storage, new energy vehicles, green minerals, and the hydrogen economy.
“Green, if harnessed smartly, could indeed become the new gold, provided it is premised on a better life for all as part of a cleaner, greener future in South Africa – and on the African continent,” Pillay concluded.